Swapping inner-city Glasgow for the forested outskirts of Reykjavik gave pupils from Bellahouston Academy a great opportunity to better understand the environmental concerns highlighted by the United Nations’ COP26 summit that took place in their home city in November 2021.

The visit to the Icelandic capital, supported by a £21,000 Turing Scheme grant, also created opportunities for personal growth for students and the accompanying teachers.

Alongside their opposite numbers from Helgafellskóli, their partner school, the 14 Glasgow pupils from years S1 and S2 undertook the famous “Golden Circle” tour and experienced the volcanic landscape of the island. They also enjoyed forest walks between the school and their accommodation.

“With COVID still in play we decided to go to one of the safest countries. We also have some pre-existing links with Iceland that helped us in getting a partner school and selecting a nearby hotel,” said Murdo MacDonald, Deputy Head of Bellahouston Academy.

The pupils also paid a visit to a geothermal-energy-powered farm to understand the link between growing tomatoes in the northern climate of Iceland and the country’s abundance of geothermal energy.

The visit gave an insight into how alternative power systems and better-targeted uses of existing resources might provide solutions to the concerns raised at the COP26 summit.

Pupils from both countries also took part in the John Muir Award programme – which encourages awareness and responsibility for the natural environment in a spirit of fun, adventure and exploration – and will receive certificates for their work.

New experiences and developing new skills with the Turing Scheme

For most pupils on the trip, it marked their first time abroad.

“We used the Turing Scheme definition of disadvantaged to ensure that we selected the pupils who would benefit most. To some extent, school uniform hides the poverty that some pupils face. I’m sympathetic to this as I had similar experiences as a child,” said Murdo.

“The Turing Scheme allowed us to provide for the full range of pupils’ needs. Many didn’t possess passport photos, let alone passports. We were able to make sure they had the documents, and other items such as suitcases, that would enable them to travel.”

While it is a little early to see recordable changes in academic outcomes, there have been plenty of other benefits for pupils.

“They learned how to use the hotel breakfast room equipment to make waffles. Some of the pupils became experts at it and were demonstrating how to use the machines to others,” said Janice Morran, a teacher from Bellahouston Academy who accompanied the visit.

“They gained confidence with foods they were not used to, learned how to demonstrate new skills and tutor others. They also gained valuable experience in using hotel facilities. All of these are useful soft skills.

“We have seen this desire to pass on knowledge continue since we have returned home, with previously quiet students enthusiastically addressing their peers to explain their experiences.

“A number of pupils gained an interest in chess and table tennis, something they are continuing now that they have returned home.”

Teachers who accompanied the pupils on the trip also felt the benefits.

“One of our teachers was exposed to alternative teaching methods while in Reykjavik. She has now incorporated some of these techniques into her own practice,” said Janice.

By focusing on the most disadvantaged pupils, the school hopes to see improvements for the wider school community.

“We only took younger disadvantaged pupils as they have the most to gain. We can already see the growth in confidence and widening of horizons for both the pupils and their families.” Said Murdo. “We hope that this early intervention allows them to develop and reach their full potential, both personally and academically.

“The visit has made a huge difference to the pupils’ outlook, both in school and in the community. I’ve had parents thank me for the opportunity that we have been able to give their children.”

Learn more about Turing Scheme funding for schools on our dedicated webpage. 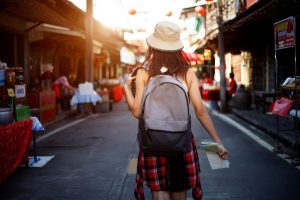 Travel is at the heart of any Turing Scheme experience – but in these days of climate change we need to make it as sustainable as possible. Here are our top tips to help you. 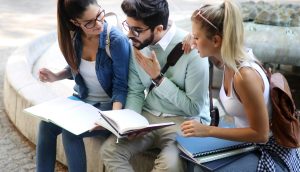 In this guest blog, Emma Meredith, International Director at the Association Of Colleges, looks at what the Turing Scheme can offer the FE/VET sector and its learners. 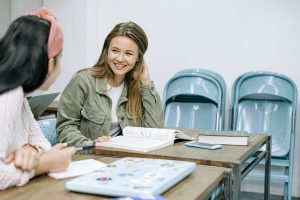 Applications for the 2022-23 Turing Scheme are now closed

Applications to the Turing Scheme for the 2022-23 academic year have now closed. With the deadline for 2022-23 Turing Scheme applications fast approaching we have some additional guidance for completing your online application form.

Take a look at the latest funding opportunities for higher education, further education, vocational education and training, and schools projects.

Be the first to find out about deadlines, application guidance and the latest Turing Scheme updates. If you have previously sign-up for the newsletter, please submit your details again to receive the latest updates from the new service provider.

Our updates also include information about the latest events and support, and how to register your place, as well as updates from our community.

You can also opt to receive sector-specific news whenever we have important announcements that we think you will want to know about. For detailed information, please refer to the privacy section of our website.